Tottenham must act fast in the summer transfer window and sign top quality players to strengthen their team for next season.
Premier League teams have already started spending huge sums and just yesterday, Spurs’ arch rivals, the Gunners, sealed the signing of Alexandre Lacazette from Lyon.
According to Portuguese source O Jogo (press image provided below), the likes of Tottenham, West Ham and the Toffees are interested in hiring the services of Algerian international and Porto star Yacine Brahimi.
The 27-year-old playmaker is a versatile talent who can be deployed anywhere in the attacking third. He can play on either flank and also as a secondary striker if needed.
Also Read: Deal Near – €45million Star will Accept Spurs Move
In the last campaign, the African star featured in 31 games for the Primeira Liga giants and directly contributed in 11 goals (7 goals and 4 assists).
O Jogo claim that Brahimi has got a release clause of 60 million euros ($66million) in his contract (expires in 2019) but they are prepared to listen to offers of around 25 million euros.
Spurs have top quality stars like Eriksen and Alli in the attack. Moreover, Son proved to be effective in the last campaign as well. They must get rid of Sissoko, who could not even score a single goal last season. In your opinion, is Yacine good enough to improve Spurs’ attack. 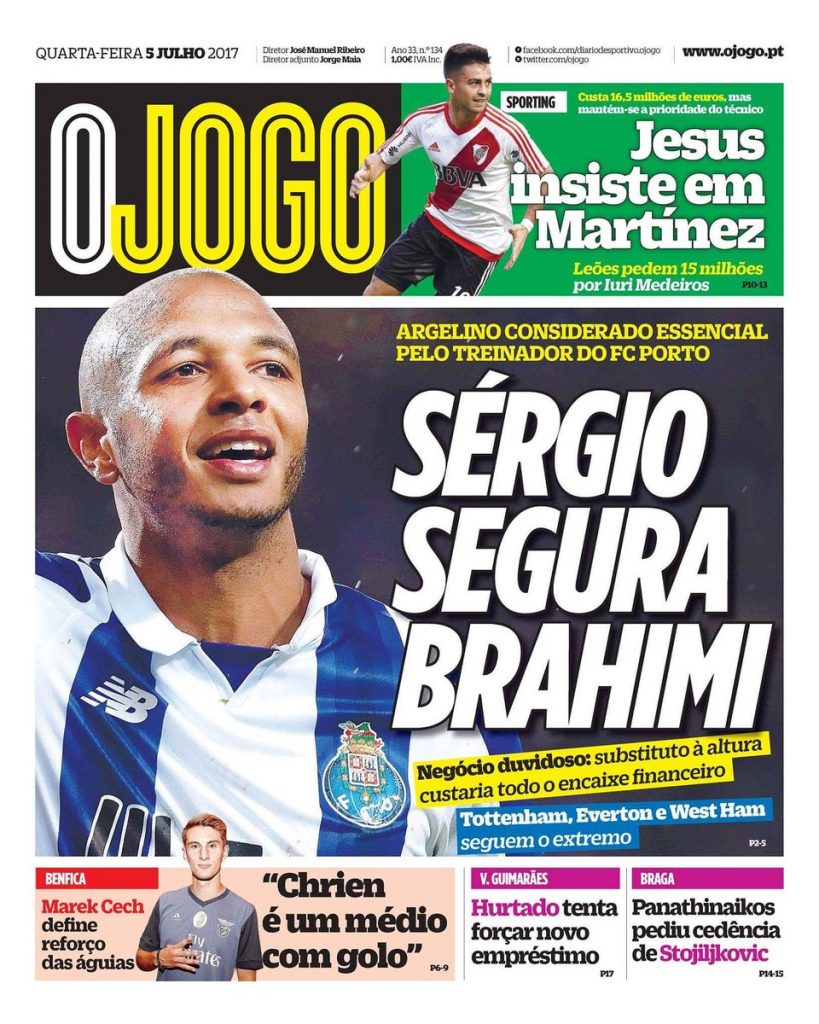