Liverpool still have not reinforced their midfield department in the summer transfer window and continue to chase none other than Guinean international Naby Keita.
Leipzig have been very strong in their stance and want the African star to stay with the club this summer but if the latest reports are anything to go by then the 22-year-old midfielder is making things easier for Liverpool.
As per Bild, the German side are now looking for a potential replacement mainly because of Keita’s attitude.
Also Read: Liverpool Certain to Make Huge Bid to Sign €72,000-a-week Star
The German source have posted a photo in which Naby is getting out of the team bus alone. Moreover, it is mentioned that Keita is often on his own and at times, he is dull during the training sessions as well.
Recently, his horrible tackle injured teammate Diego Demme. Later on, a video was posted in which Keita apologized to the German midfielder.
Bild have stated that Leipzig staged that video and Naby only apologized reluctantly and it is unclear, how long he will do well at the club. Therefore, the Bundesliga side are internally preparing for his departure.
We shall see how the transfer saga unfolds in the coming days. 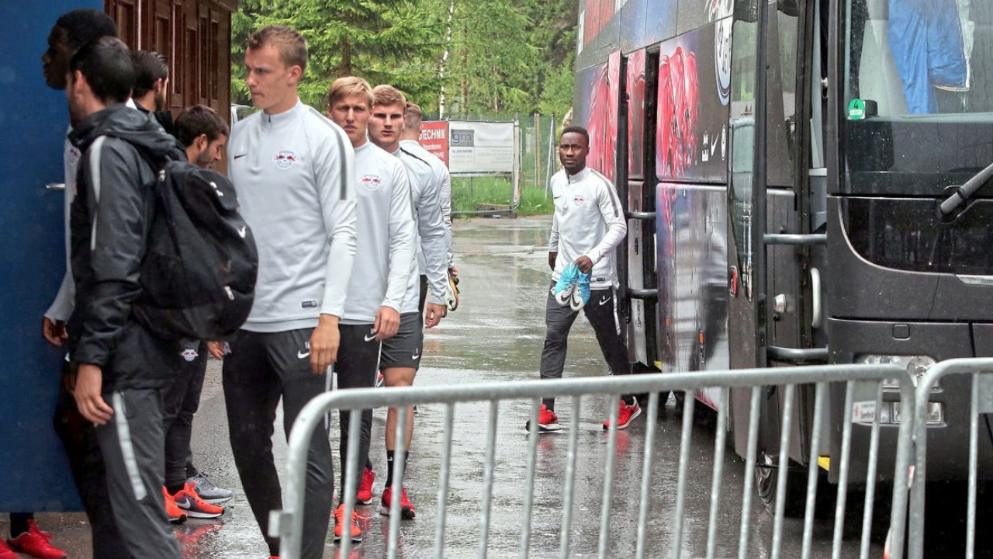