Contract Agreed – How Arsenal will Line up with Versatile Star 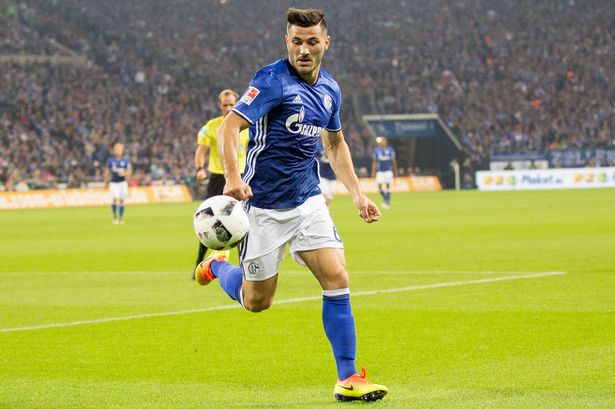 After an average campaign this time around, Arsenal will be hoping to bounce back big time next season and for that they need top signings.
We recently covered a report (via Raphael Wiesweg) claiming that the Gunners have signed a five year contract with Bosnian international Sead Kolasinac, who will be out of contract in the summer.
The 23-year-old star is naturally a left back but Schalke have mainly used him as a left midfielder in the current season and the stats suggest that he has excelled.
The former Hoffenheim player has scored three goals and provided nine assists in all competitions for the German Bundesliga side and if he joins the Gunners, it will not be surprising to see him getting straight into the starting XI.
Nacho Monreal has been Wenger’s main left back but the Spanish international is now a veteran and Kolasinac should be the long term replacement.
Over the years, Wenger has mainly used a 4-2-3-1 formation but he had to change that setup after a series of poor results this season. The French boss then opted to utilize the 3-4-3 system and that has worked well so far. We can expect Sead to line up as a left wing back in Arsene’s 3-4-3 formation.
Also Read: Arsenal Ready to Break Bank to Agree $316,000-a-week Star Signing
Here is how Arsenal will line up with Sead Kolasinac. For now, we are assuming that the likes of Ozil and Alexis will stay,