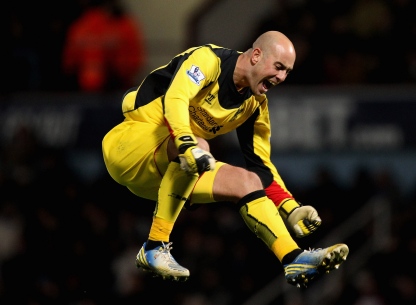 Since the departure of Rafael Benitez from Anfield, Liverpool have been shaky at the back. More importantly, they have badly missed a consistent goal keeper.
Pepe Reina lost his form after Rafa left. His replacement, Simon Mignolet has proved to be inconsistent over the years. Moreover, Klopp signed Loris Karius last summer but even the German international failed to shine and was ousted from the first team.
In such a scenario, the Reds must sign a new goalkeeper this summer and they have to agree the signing of Joe Hart. The England international has been linked with a move to Liverpool for quite some time and back in January, Joe told his friends that he would like to join the Reds to work under Klopp (Mirror).
The 29-year-old goalie left Manchester City to join Torino on loan last summer. In 27 league appearances for a very weak Italian side, Hart has kept five clean sheets.
The £140,000-a-week star ($175,000-a-week) (Telegraph) is a proven quality PL star, who has won the Golden Glove on four occasions. Joe is still England’s first choice goalie and was brilliant against Germany in the last game.
Former Chelsea and Man United star Ray Wilkins praised Hart and stated (Sky)

“The save he made last night down to his left hand side was absolutely superb.”

Wilkins also claimed that if he was Klopp, he would have certainly moved in to hire the services of Joe Hart. In your opinion, should Liverpool sign him?
Also Read: Contact Already Made – Liverpool Want $125,000-a-week Star Signing – He’s Klopp’s No.1 Goal