Tottenham Hotspur are interested in signing Manchester United attacker Jesse Lingard, whose contract will expire at the end of the next season.
The Red Devils have been trying to secure a new deal with the 24-year-old England international for quite some time.
Back in the month of January, the Sun claimed in an exclusive report that Lingard agreed a new four year deal worth £95,000-a-week (£20million in four years).
However, the deal has not been officially agreed as yet. Mirror have provided the latest update by claiming that Tottenham are monitoring the situation of Lingard, who is going to hold talks with the Old Trafford club over a new deal this week. 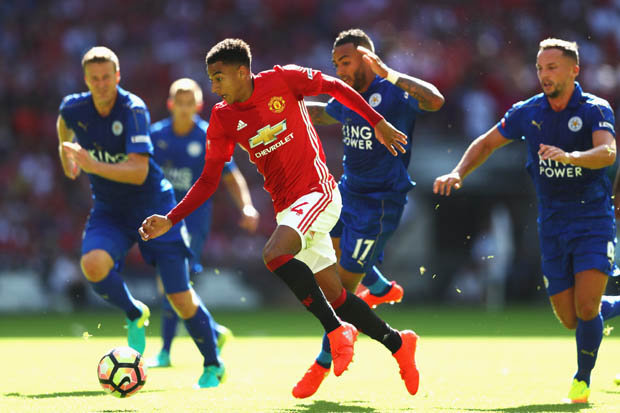 The versatile attacking midfielder rose to fame under the management of former boss Louis van Gaal. He has been able to impress this season as well and United must hold on to him.
In the current campaign, Lingard has scored 4 goals and provided 3 assists in 25 appearances for the Red Devils.
As per the provided Mirror link, Lingard is ready to sign a fresh five year deal but wants pay parity with the middle-band of Man Utd stars.
Also Read: Man Utd Ready to Agree “Super” $158,000-a-week Star Signing