Liverpool Have Moved in to Agree $173,000-a-week Star Signing – He Wants Anfield Move 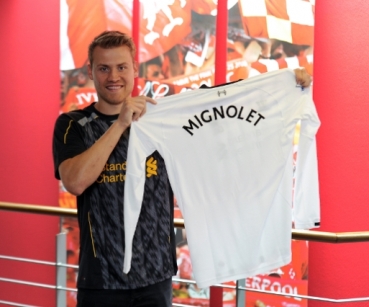 Liverpool have been interested in Joe Hart for quite some time and now reports suggest that they have moved in and made inquiries to sign him.
On New Year’s night, Mirror reported that the England international has told his friends that he would like to join the Reds under Jurgen Klopp.
According to the latest reports (Sport Witness via Tuttosport), the Merseysiders have made inquiries to agree the signing of the 29-year-old Manchester City star, who will cost around 15 million euros.
At the moment, Hart is playing on loan for Italian side Torino, who are 8th in the table after 20 league games.

In 18 league appearances for the Serie A club, (Telegraph) the £140,000-a-week star ($173,000-a-week) has only kept 6 clean sheets and conceded no fewer than 25 goals.
Jurgen Klopp signed Loris Karius last summer and opted to use him as his first choice goalie this season. However, after average performances, the German goalie was replaced by Mignolet
Simon has been fantastic for the Reds since returning to the first team, still, Klopp needs to sign a quality goalkeeper because time and again, the Belgian shot-stopper has proved to be inconsistent.
Not to forget, Joe Hart has won the PL Golden Glove prize on four occasions. In your opinion, can he finally solve Liverpool’s goalkeeping dilemma?
Also Read: Not Berardi – Liverpool Ready to Agree $25million Winger Signing