Liverpool failed to beat relegation threatened Sunderland side away from home and have handed Chelsea the chance to go eight points clear at the top.
The Reds need to strengthen their attack in the winter transfer window now that Sadio Mane will be leaving for the AFCON.
A certain striker is in the limelight in the form of Benfica star Raul Jimenez but reports suggest the Merseysiders are looking to sign him next summer as a potential replacement for Daniel Sturridge (Squawka Exclusive).
The 25-year-old Mexican international has scored eight goals and provided two assists in 18 games for the Primeira Liga side this season. 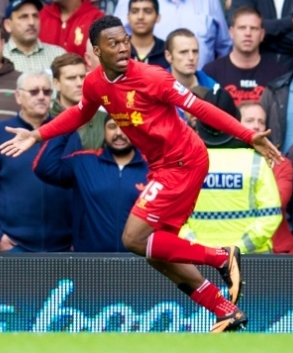 He has netted nine times in 48 appearances for the senior national side. Last season, he was a key member of the Benfica side that won the title.
As per the provided Squawka link, the versatility of the £22million rated star ($27million) appeals Klopp who wants to secure his services with the future of Sturridge in doubt.
Raul is mainly a center forward but he can effectively play as a secondary striker and also as a winger when needed.
Liverpool will surely have more options and more time to evaluate the players next summer but at the moment, they must splash the cash to strengthen the attack this month to challenge for the title.