Mkhitaryan Expected to Return for Man United vs Sunderland 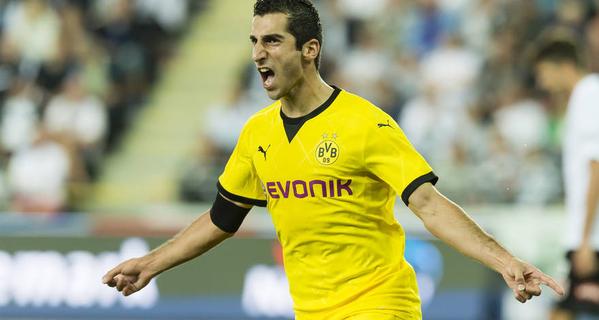 Man United are slowly but surely returning to form under the management of Jose Mourinho and must continue winning if they are to have any chance of finishing in the top four this season.
The Red Devils are 13 points behind league leaders Chelsea and it will be fair to say that the league title is beyond United’s reach as far as this campaign is concerned.
Summer signing Henrikh Mkhitaryan had a difficult period after completing his move to Old Trafford from Dortmund. The Armenian international was not preferred by Mourinho during the early days.
However, in recent weeks, the versatile playmaker has showcased his quality and scored his first league goal at Old Trafford against Tottenham.
Unfortunately, the former Shakhtar star suffered an ankle injury vs the North Londoners and missed United’s game against Crystal Palace last night.
The good news for supporters is that the 27-year-old attacker will not be out for long. He is expected to miss only one more game i.e. against West Brom on Saturday and should return to face Sunderland on 26th December (PhysioRoom)
Henrikh has started 6 games under Jose this season, scored two goals and provided two assists.
As per the provided PhysioRoom link, center half Chris Smalling is also expected to return against the Black Cats.