Arsenal must sign a proven quality striker in the summer transfer window if they are to have any hope of winning the Premier League title next season.
So far, the Gunners have lured a young Japanese striker in the form of Takuma Asano and they can secure the signing of another young forward in the form of Croatian player Antonio Colak.
The Gunners are looking to sign Higuain as well and are ready to sell Giroud in a swap deal to lure the Argentine forward (CalcioMercato).
Arsenal have already agreed personal terms with Colak who played last season on loan with 2.Bundesliga side Kaiserslautern.
Now, Sources close to the striker have confirmed that the North Londoners can sign the Croat for 10 million Euros, however, the Gunners believe that the fee is way too high and want Hoffenheim to lower the price tag.
Antonio is currently completing a trial (Bild) with Darmstadt 98 and Arsenal must act swiftly if they are serious about signing him. Last season, Colak featured in 22 league games for Kaiserslautern, made seven starts, scored 5 goals and provided 2 assists. 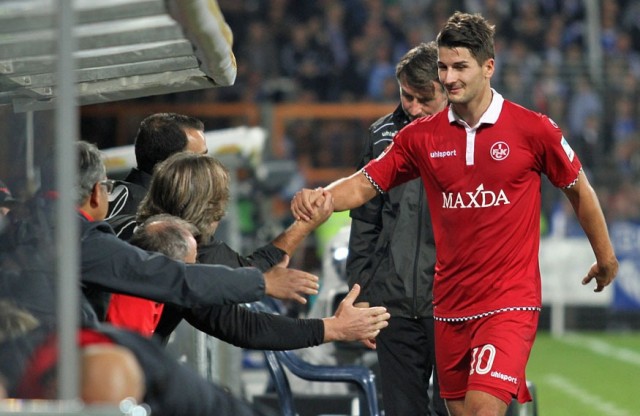