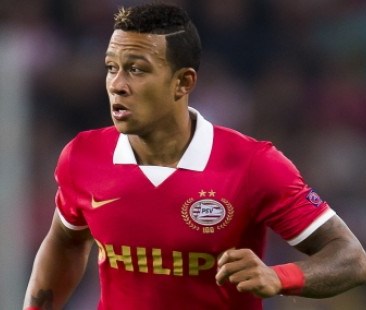 Manchester United manager Louis van Gaal signed his compatriot Memphis Depay in the summer transfer window hoping that he will come good for the Red Devils.
However, after more than two months, the Dutch international has arguably been one of the most inconsistent players for the Old Trafford Club and the manager has opted to keep him out of the starting lineup.
Memphis was not selected in the starting XI last weekend against Everton and also against CSKA Moscow last night.

United really should have signed Benfica winger Nicolas Gaitan instead of Memphis. Mirror recently cited reports in the Portugal claiming that United had agreed €30m price with Benfica but then opted not to pursue his signature.
Last night against Galatasaray, Gaitan scored a brilliant goal to give his side the lead in the second minute. The Argentine star showed great balance and control to receive the pass, dribbled pass one defender and calmly slotted the ball home.
Here is video of that Gaitan’s goal vs Galatasaray.