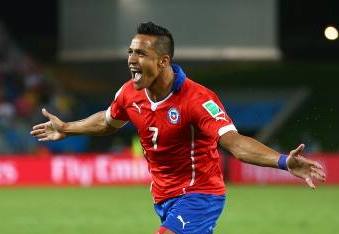 Having lost their Match Day 1 game against German side Dortmund, Arsenal must win against Galatasaray to boost their chances of qualification to KO rounds.
Gunners are in torrid form at the moment and for worst have a lot of first teams players injured for the game.
Key players like Ramsey, Wilshere and captain Arteta started against Spurs last weekend but all limped out with injuries.
Rambo and Arteta are out for weeks while Jack is expected to miss Gala game and return for the all important PL tie against leaders Chelsea next Sunday.
Expect, stars like Alexis, and Cazorla to return to starting XI for the Champions League tie with the Turkish giants as the duo made appearances from bench in the North London Derby.
In the absence of Arteta, Flamini is likely to start as the holding midfielder while Chamberlain may as well play in the midfield alongside him as he did several times last season as well.
Here is Arsenal’s strongest XI to face Galatasaray.